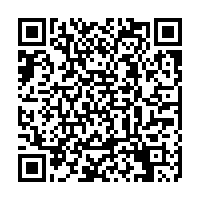 The Bad Boss lives by the blame game motto: NEVER be the target of any blame. Always doll out the blame to your subordinates, absentees, or outsiders. In the Bad Boss’s mind, these tactics will build your self-esteem and help you get further in your career. This article is an encyclopedia of blame in the workplace that anyone, at any level of their company, and at any stage of their career, can benefit from reading because playing the blame game ALWAYS works.

When your next team project fails, and it will (because you’re the Bad Boss), there are many strategies for dishing out the blame. Who is to blame? It’s always someone else’s fault, but NOT yours! The blame and responsibility should be distributed individually or collectively to your group. Don’t allow your employees to determine your career success or failure! It is not difficult to play the blame game. When your boss starts to ask questions, save your skin and cover your butt!

At Bad Boss, we “recommend” that you first implement a department “Accountability Policy”.  – Help people take responsibility by having an accountability policy for your office to create a culture of blame. This will assist in setting the stage for your expectations when things go wrong. People avoid responsibility for many reasons, like laziness, fear of failure, or size of the problem. In your policy, make it clear that employees will be terminated who make excuses, miss deadlines, or fail to take responsibility because it hurts the well-being of the team. In any case, if your employees shirk responsibility, they’ll ultimately fail in their jobs which will put your name on the line. The latter reason is the most important and should motivate you to address the issue before it ever becomes a problem.

Here are the top five ways to allocate blame like a Bad Boss:

Other ways to play the blame game are to:

While you are playing the blame game, make sure that you don’t make any decisions. Either go with the suggestions of others or hire in a consultant to make your suggestion. This tactic gives you the added benefit of being able to fire the intern if it fails later, thus ensuring that you remain blame free.

Also, respect your office politics! Don’t let anyone above know that you are avoiding blame. Or if someone senior caused the problem, don’t piss them off by placing blame with them. This could jeopardize your position; so let’s just brush it under the rug. Let us elaborate;we look to blame no one; implying that it would be bad to do so. Never, under any circumstance, ever….blame a senior executive. We’re not into blaming. Therefore, it’s unfair to point the finger at senior management. Instead, you should just look to focus on fixing the problem. If the question comes up, just respond by saying, “I’m not into blaming,” (nudge nudge wink wink), “It’s whats-his-name, but I’m sworn to secrecy. You know blaming is not my style”. And, if someone must be blamed, then hire an external, blame them, and then fire them.

Finally, always have an escape plan to avoid being blamed: take a vacation, sick day, or just duck out. Tell your superior that weren’t there when it went wrong, or as it went wrong, and you don’t know what is going on; but you will get to the bottom of it. Don’t take blame for other’s mistakes; YOU don’t have any!

Disclaimer: Bad Boss posts are meant to be humorous and should not be taken seriously. Taking the high road of honesty and being accountable for your mistakes is the best option in business.

As a bad boss, I like underperformers in my department. They make me look like I am the only one who is capable of leading the pack. Therefore, maintaining an underachieving workforce is one of my main jobs. Promoting underachievers makes me look even better (when they fail). When a promotion comes around, I find that promoting an underachiever is in my best interest. Never promote a promising employee as they may become competition for you in the future. It’s an office politics strategy.

They are the star performers. They just do their jobs faster and more effectively. There is really nothing wrong with them but they are a source of endless headache, stress, and sleepless nights for me.

Underachiever is Promoted over Hard Worker due to Office Politics:

Disclaimer: Bad Boss posts are mean to be humorous and should not be taken seriously.

Are you familiar with the song, “The Wind Beneath My Wings”, by Bette Midler?  Quite touching actually.  “It must have been cold there in my shadow…to never have sunlight on your face.”  That’s how the song starts.   It is about someone who is soaring high up in the sky (figuratively, of course) while something or someone is pushing him up…the wind beneath his wings.

As a boss, I sometimes feel that way…flying high above the sky while my subordinates underneath me are pushing me up, up and away!  Obviously, they are there to support me.  What else do they need to do?  I sometimes think of myself as the Queen and they are my peasants, waiting for something to do while I bask in glory, idolized by many.  My colleagues ask, “How do you do it?” and I say, “Well, you know me, that’s my expertise.”

I can’t tell the CEO that it was Jerry who did that fabulous presentation to the client that saved the day; or it was Marta who thought of the marketing strategy that increased sales by 30%.  Oh no, that would be the start of the end of my career.  Would I give upper management the chance to think of me as the no good middle manager?  Ha!  I’m wiser than that.  At least, I pretend to be.

I know my limits and my capabilities.  That’s why my team is there.  To make up for what I don’t have.  Don’t know what marketing strategies to present to the Management Committee?  Ask Jerry.  How do I explain the inclusions of that contract and their relevance to the project?  There’s Bob.  And the wonderful sales funnel, who did that?  Of course not me!  But it doesn’t matter.  What matters is I’m the one who presented those to the gods that be of the company; those people who decide who will get the promotion and that whopping salary increase and bonuses.

Hmmm, I wonder who that lucky gal will be?  You guessed it right!  That lucky gal who would get the whopping salary increase, bonuses and that wonderful promotion would be me!  Every time is my time to shine.   It would just confuse Mr. CEO and President if I tell them who did what.  He doesn’t need to know.  Does he?

Well, that’s how it is at the office…my office where I am the boss.  That’s just too bad for those little peasants of mine.  They have to do better than what they’re doing right now to fly higher than me.  I’m just too smart to let them take credit.  For now, they just have to settle as the “wind beneath my wings”.

Disclaimer: Bad Boss posts are meant to be humorous and should not be taken seriously. Some interesting articles on taking credit for others work: